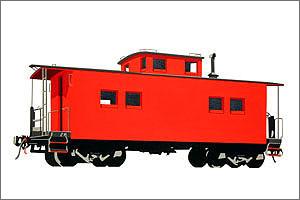 William Steiger: Under a Telephone Pole

In his oil paintings, Steiger re-presents icons of the American landscape by reducing them to simplified, geometric shapes. Grain elevators, mills and railways are presented as free-floating triangles and parallelograms in bleached white, depopulated environments. The immaculate white surfaces function to occupy both positive and negative spaces, often signifying ground and sky within the same composition.

By employing a repertoire of recognizable images, Steiger is able to push his paintings to a new conceptual level. The removal of naturalistic elements, a shadow or a horizon line for example, and the more recent inclusion of unusually bright colors, where earthy hues used to dominate, test the boundaries of visual recognition. The artist’s focus on the absence of line and its function in the spectator’s perception of an image, are combined with a hard-edged, flat painting style in order to call attention to the constructed nature of visual language.

William Steiger has exhibited extensively nationally, including a solo show at the Queens Museum of Art, and internationally at the Gallery Ihn in Seoul, Korea. His works can be found in the permanent collections of the MoMA, the Whitney and the Metropolitan Museum of Art, as well as in numerous private and corporate collections. Gallery hours are Tuesday through Saturday from 11 am to 6 pm. For further information, please contact the gallery.